Many times when we arrive in a city we want to get a means of transport quickly so that we do not have to depend on third parties. This is the case of the motorbike lovers, but how to rent a motorbike in Malaga? From Marbesol Bike we make it very easy for you to enjoy as soon as possible.

Are you here for work or do you want to discover the province? We surely have the bike you are looking for.

Today we propose you motorbike routes in Cordoba. The city is very close to the Costa del Sol and there are many tourists who divide their holidays and come to the city of Cordoba to discover all its charms.

Did you know that Cordoba is the city with the most UNESCO World Heritage titles in the world? No doubt you will be surprised to see that many Malagueños want to discover it, but you can do it on a motorbike.

If there is one good thing about Andalusia, it is that you can find almost all the existing landscapes.

This is perhaps the route best known to bikers. It is a route of around 200 kilometres where you can find a diversity of landscapes and enjoy the good gastronomy of this part of Spain.

The start of this route is in Hornachuelos, a town located 51 km from Cordoba. From here you will find the Sierra de Hornachuelos Natural Park and the Sierra de Cardeña y Montoro. We already warn you that you will like the experience because you will be able to see rivers, cliffs and fauna in their natural habitat. And stop at some of its many viewpoints.

With this 200 km route you will pass through 8 municipalities. Have you tried the Cordoba salmorejo? Besides, you will be able to taste many other delicious dishes, if you like hunting meat in this area it is very typical.

This will be the longest non-stop route on the entire route, although whenever you like a landscape do not hesitate to enjoy it. Hornachuelos is a municipality that emerges between two ravines. It is a white village, surrounded by vegetation and with a multitude of animal species, which is why it is a protected area as a natural park.

Villaviciosa de Cordoba is located in the heart of Sierra Morena, we recommend you make a gastronomic stop.

Villanueva del Rey is another of the white villages of Cordoba. This area is prone to animal hunting. You can also find megalithic tombs in the Mina de Don Juan and an archaeological site.

Furthermore, during your motorcycle route in the Sierra Morena you will border the Puente Nuevo reservoir, enjoying the views and arriving at Espiel.

Villaharta is part of the route that linked the Caliphate of Cordoba with Extremadura. A small Cordovan town that lives off agriculture and cattle raising.

Obejo is a municipality where a large number of watercourses supply the cathedral. Situated on a hill and cradled by the mountains.

The village of Adamuz has been inhabited since Neolithic times, as evidenced by the remains found in the various caves of the municipality. It has a great wealth thanks to its olive grove.

The town of Montoro has been declared a Historic-Artistic Site since 1969. Without a doubt, it is one of the municipalities where you can find more culture. A place located in 3 different spaces: The Sierra de Cardeña and Montoro, the river Guadalquivir and the countryside.

As you have seen, it is a perfect route to enjoy travelling through the Sierra Morena.

Motorcycle route through the city of Cordoba

If you’re looking to enjoy the city and not walk away for your return. There is the possibility of discovering it by motorcycle. Cordoba is known as the Sultana of Andalusia, on your arrival you will notice the beauty of the city.

As you may have already imagined this route, it does not have to be fixed, as you can adapt your route as you see fit.

We recommend that your route around Cordoba by motorbike passes by the Viana Palace, the Archaeological Museum, the Julio Romero de Torres Museum, the Alcazar de los Reyes Cristianos and the Mézquita.

The best thing is that you stop to contemplate all these places. At the end of your visit we recommend you go to the Plaza de la corredera and sit down on one of its many terraces. 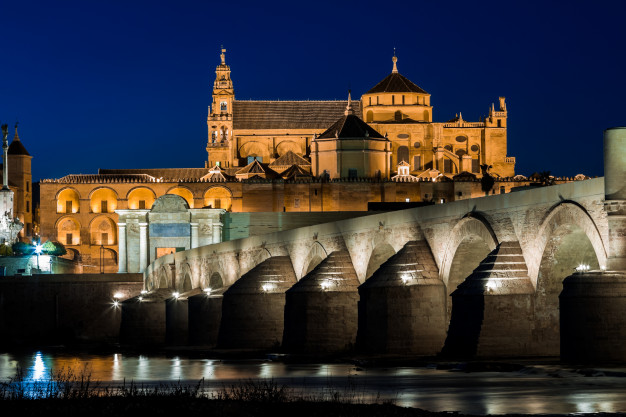 There are many more routes to discover Cordoba and its province. Would you like to know the best motorcycle routes in the province of Malaga? Take a look at our post.

Do you need to rent a motorbike? With Marbesol Bike you can enjoy the maximum comfort.